This is the weekly update for the Glyph Open Alpha demo!

You will find the build at the bottom of this devlog or at https://bolverk-games.itch.io/glyph.

One of the key changes this week is a rotation of levels. We have replaced three exploration levels and three time trial levels in the hub.
Let us start off by showing you the new levels featured in this update:

Kahura is level set in the desert night. It is an easy level intended for beginners where the jumps are short but still require a bit of precision. The level is fairly small and forgiving. 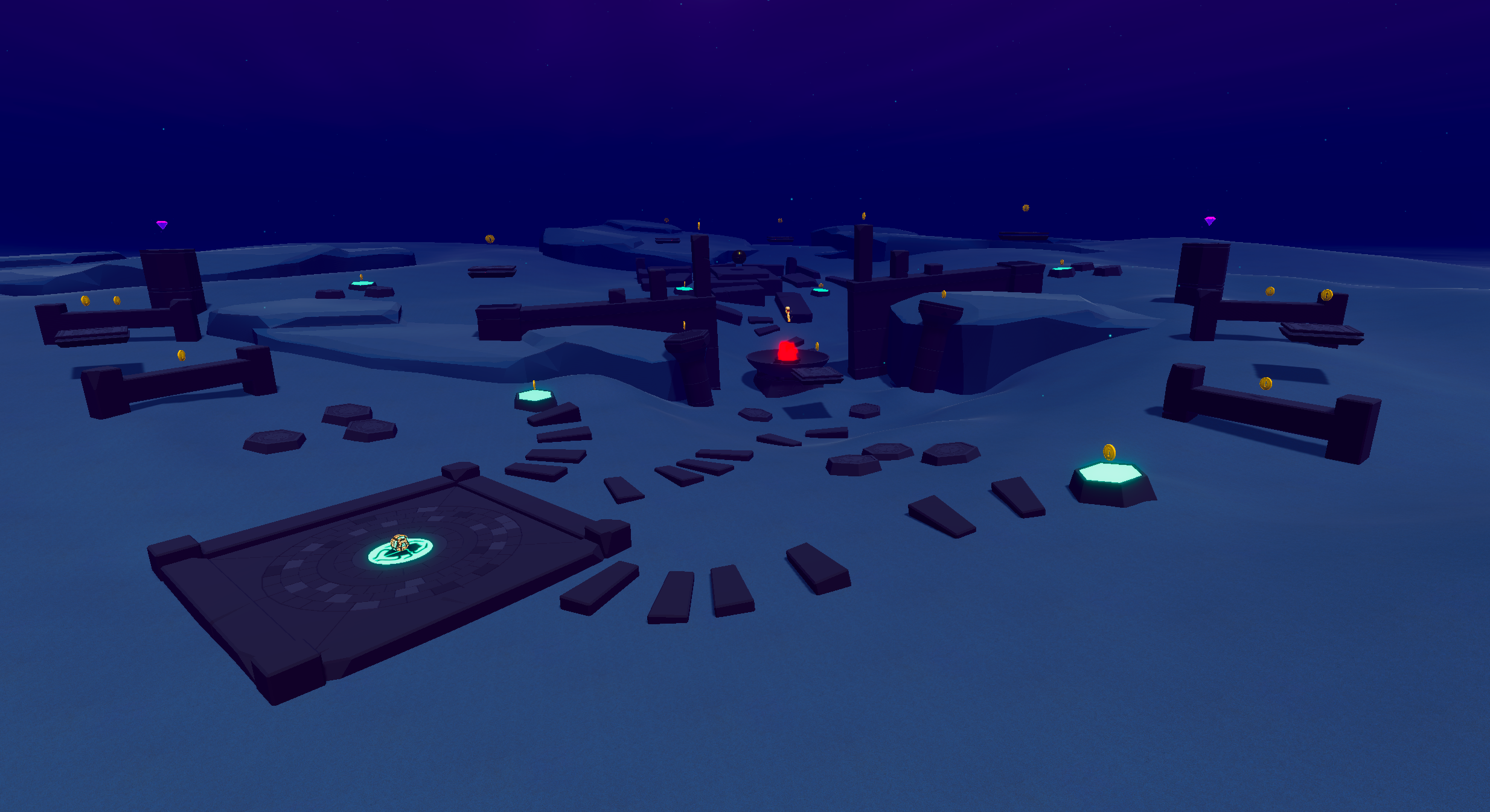 Hippo is a medium difficulty level that features a lot of climbing on spiked walls, bouncing far up into the air using the drums, and two special challenges. One where the player flies through rings across the level. The other challenge is getting the gem situated behind a stream of falling sand. If you are particularly good at Glyph, see if you can find and reach the hidden Artifact. 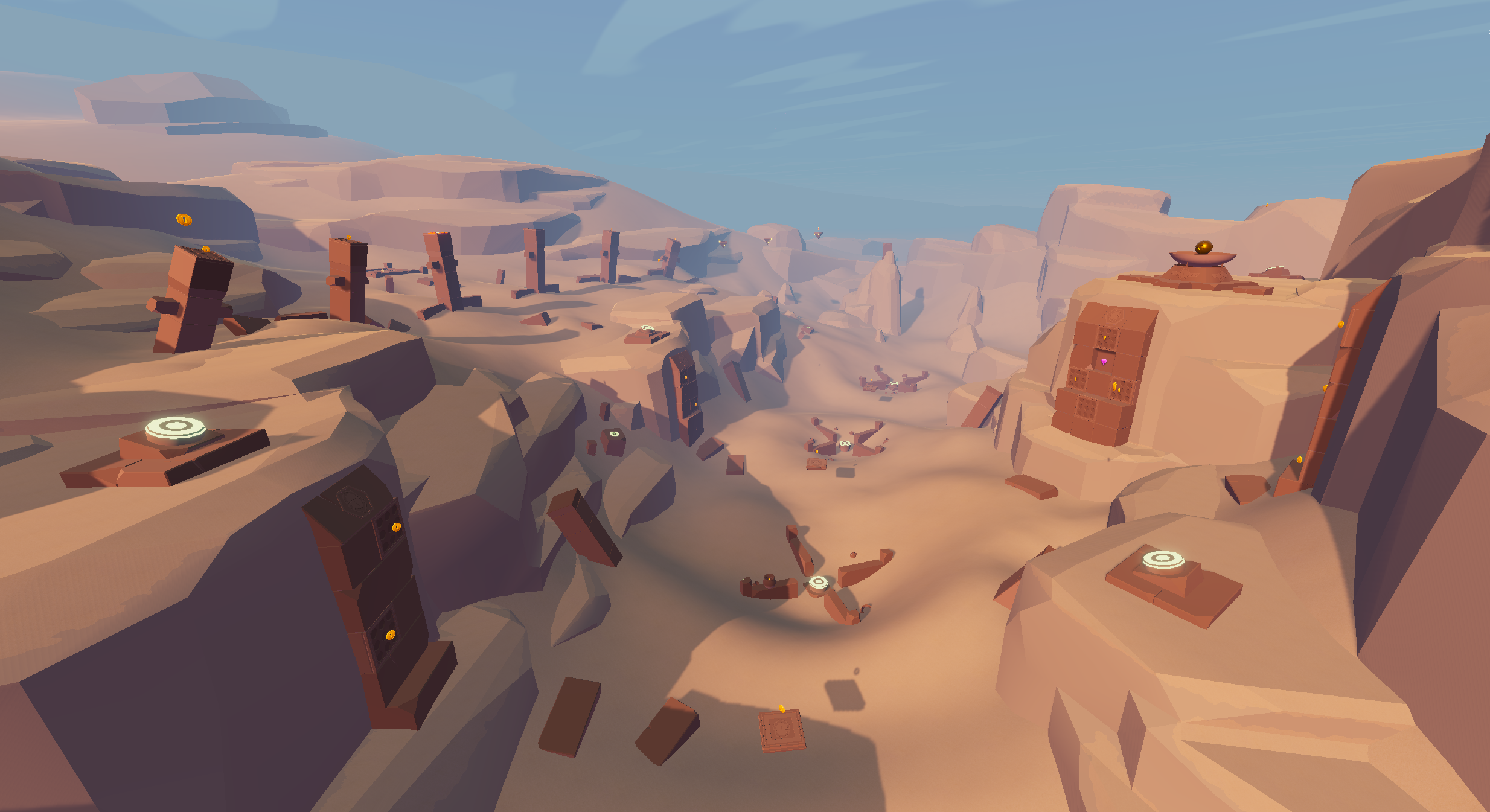 Ox takes place on a frozen lake. It is so cold here that the morning mist covers most of the level. Ox is hard level that challenges the player to be precise with every jump, often requiring split second decision making. The level can be unforgiving for those that haven't mastered controlling the Glyph yet. 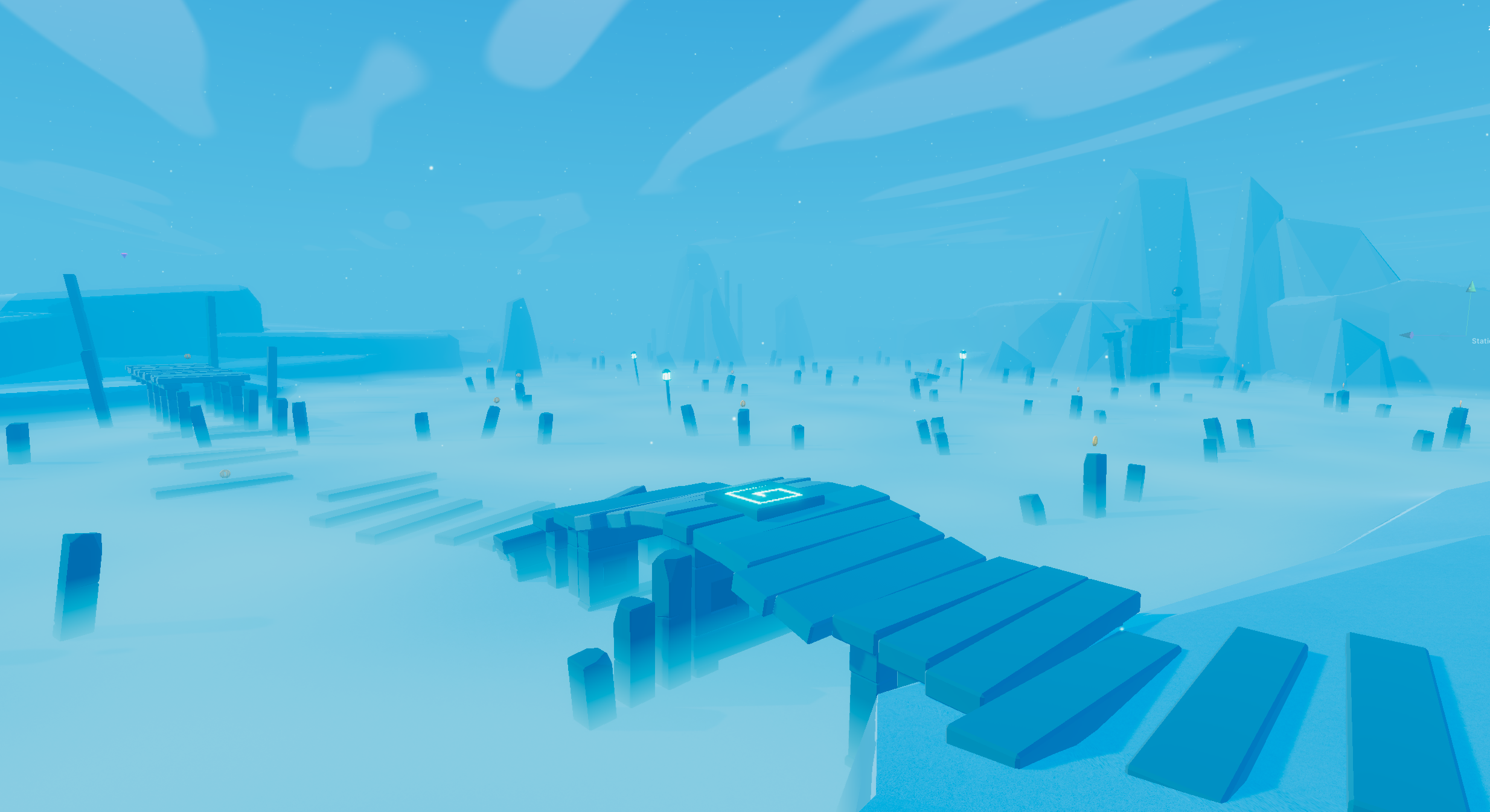 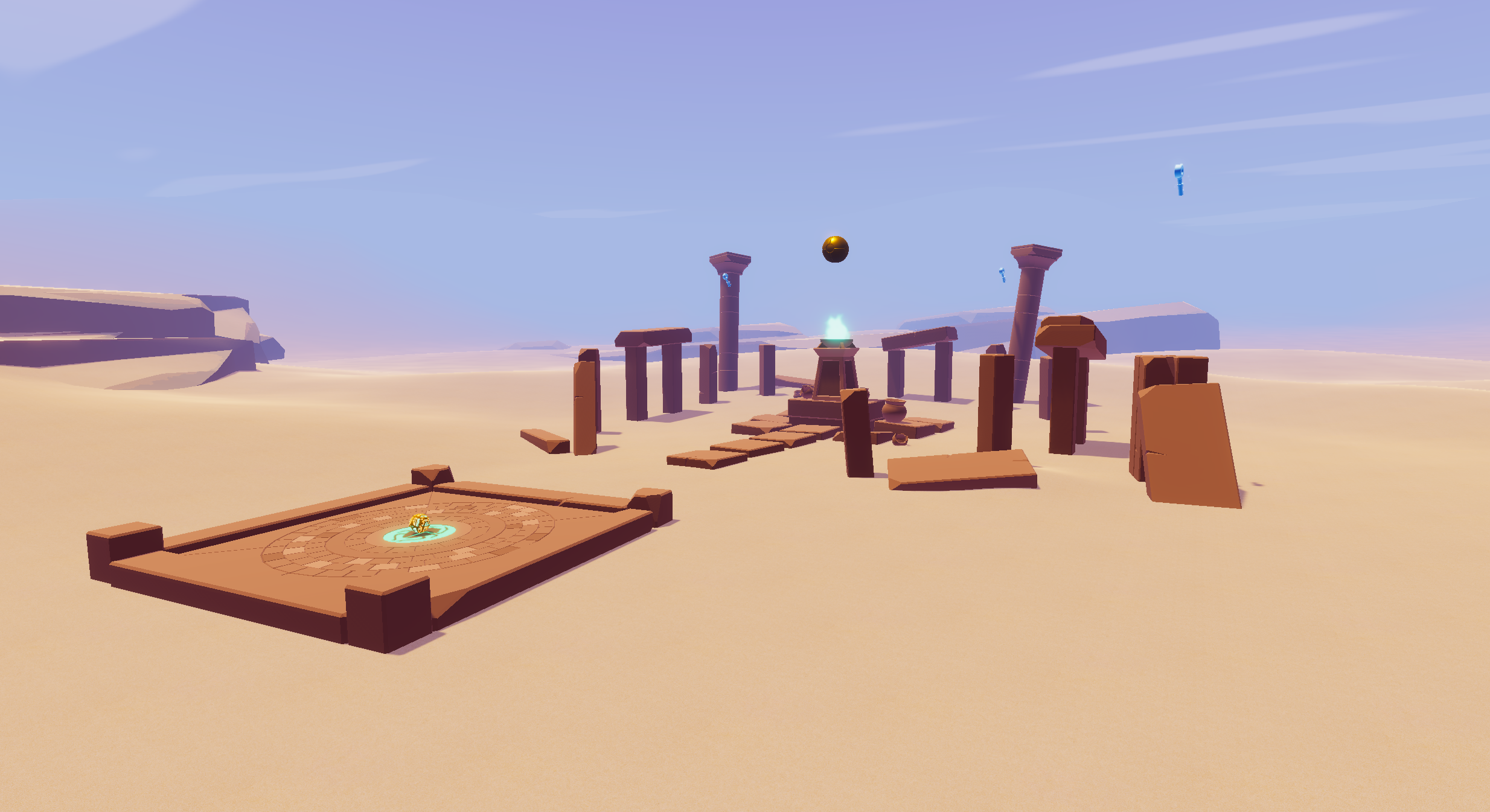 Zeta is a time trial level where the player races towards the top against time. The road is paved with floating eroding platforms, so you will only get one shot with each jump between them. Using the smash ability is the key to a good time on this level. 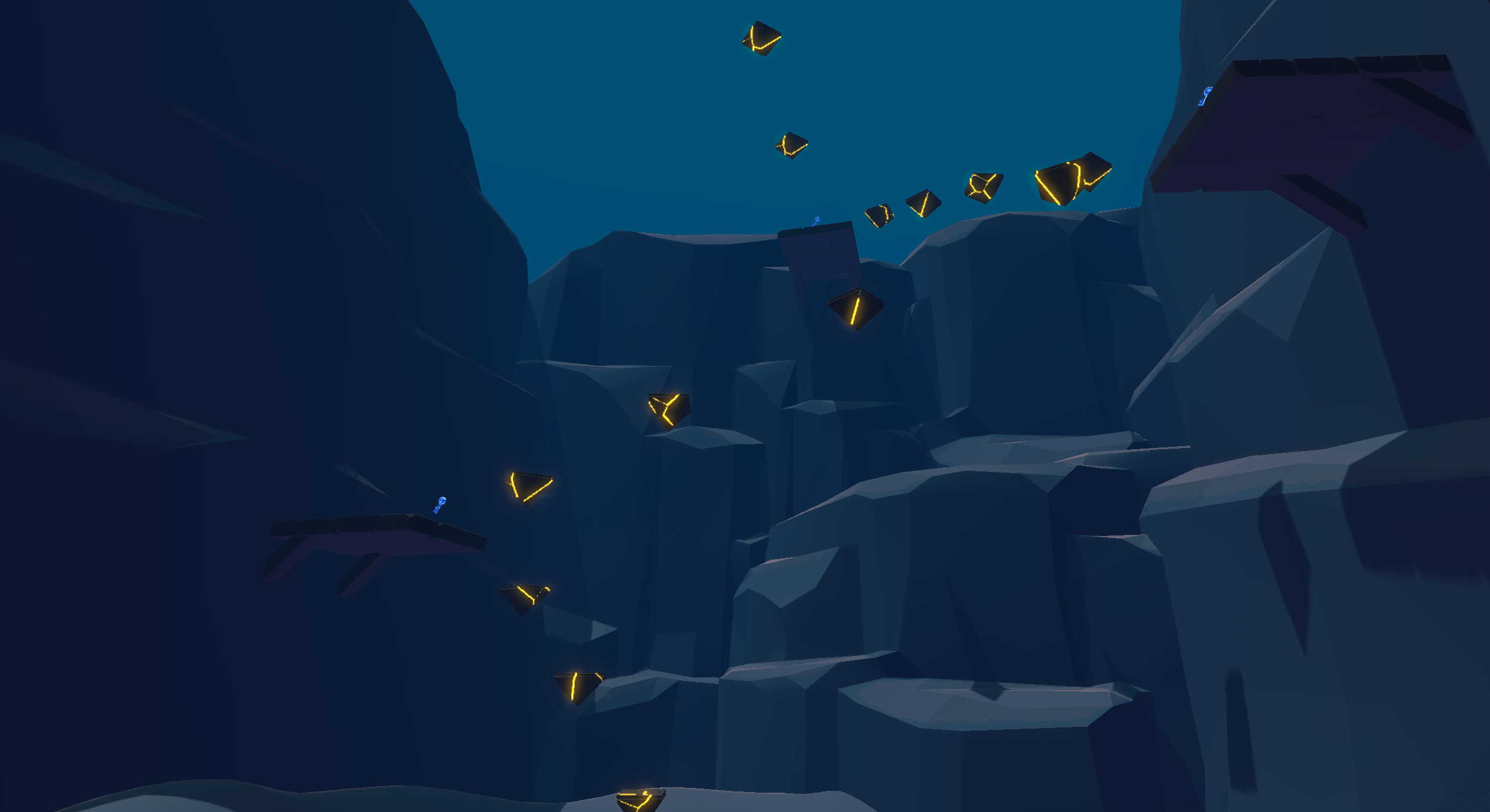 Hades takes place on a distant moon in an area with volcanic activity. Lakes of lava cover most of this level, and you must jump from one eroding platform to the next in order to stay on time. This is by far the longest time trial level we have featured yet.

One of the things we are focusing most on at the moment is refining the tutorial. We have learned that it is super important for new players of Glyph, to learn the basics of movement and abilities, before they start exploring all of the levels on their own. This is one area where your feedback means a ton to us. We are currently looking at adding analytics for the tutorial levels so that we have data to help direct further development of the tutorial session.

We are currently creating the level hub (the one showed in the demo is a placeholder). The level hub will feature around 80 unique levels. You will unlock areas one at a time, and complete levels while collecting resources to unlock more areas and levels. The layout of the hub allows for you to choose your own path in terms of unlocking new areas and levels. As you progress through the hub, structures will rise from the ruins through the clouds, and open up for new areas. We want you to feel like you are actively rebuilding the ancient civilization by exploring abandoned ruins, collecting lost artifacts, and bringing it together in the hub.

Here's a sneak peek shot of the hub:

Your feedback has been very important to us. We have learned a lot from the questionnaires you have submitted, the feedback you have posted in the Discord server, and the footage you have shared with us. Every time Glyph is shared and talked about, we get more people to come and play the demo and give us feedback. Thank you! We hope that you will continue to help us make Glyph the best game it can be. 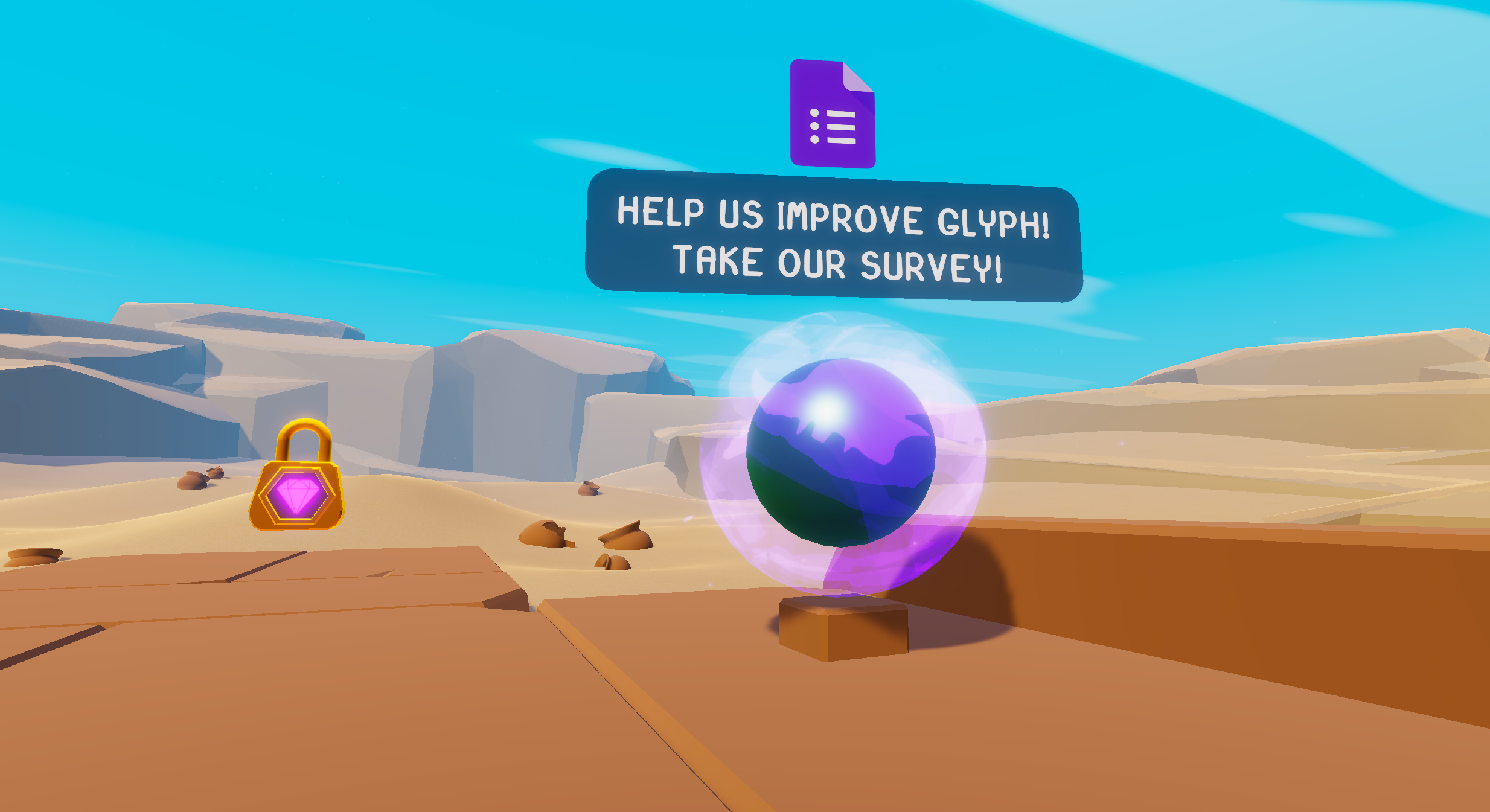 In this update, we decided to wipe player progress as we have updated the game's economy system and introduced brand new levels. This means that when you boot up the demo, you will start in the tutorial if you haven't played this version of the demo yet.

Here's a summary of the changes in the update:

Thank you for reading our devlog!
If you enjoyed it, it would help us a lot of you give it a like and/or share it.