Welcome to round #3 of our weekly updates for the Glyph Open Alpha demo!

This week we are introducing major changes. The demo placeholder hub has been replaced by the real deal, and we look forward to hearing what you think about it. Speaking of hearing, our tutorial NPC now has a raspy robot voice.  We hope you will like it.

As usual, you can find the brand new build at the bottom of this devlog or at the Glyph page.

But first, a few important links you should know about:

Alright, with that done, let us move swifly ahead towards the updates.

We start this devlog by sharing some information on the level hub. It is what binds all of the levels together, and the place you will go back to after completing levels. It is also the place where you will be unlocking new areas and see the hub itself grow as you progress in the game. It is designed to be non-linear, meaning that you will have a lot of freedom in terms of the order of which you choose to unlock new areas and levels.

One of our primary goals with designing the hub to be non-linear, is to give the player a lot of freedom in terms of what levels they want to play, while still retaining a good progression curve. Skilled players will be able to quickly find levels that are very hard, while new players will have a lot of levels available early that are easier. In the VR version of Glyph that we released last year, the level progression is very linear. This struck as a problem because players could get stuck at a level they found too hard very early. This is the problem we intend to fix by going for a non-linear hub now.

The hub is not complete yet, and as so it will have bugs and missing features. We will also be restricting the amount of areas that can be unlocked for now. We hope that you will enjoy the new hub setting and share your feedback with us! If you haven't already, you can find us on the Glyph Discord, or provide feedback through our form.

We are introducing a bunch of new levels in today's build. We are looking forward to hear what you think about them.  Keep in mind that they are all subject to change, and the names of them are currently placeholder names.

Here's some shots and descriptions for some of them:

The ruins of an ancient settlement rests in this desert. 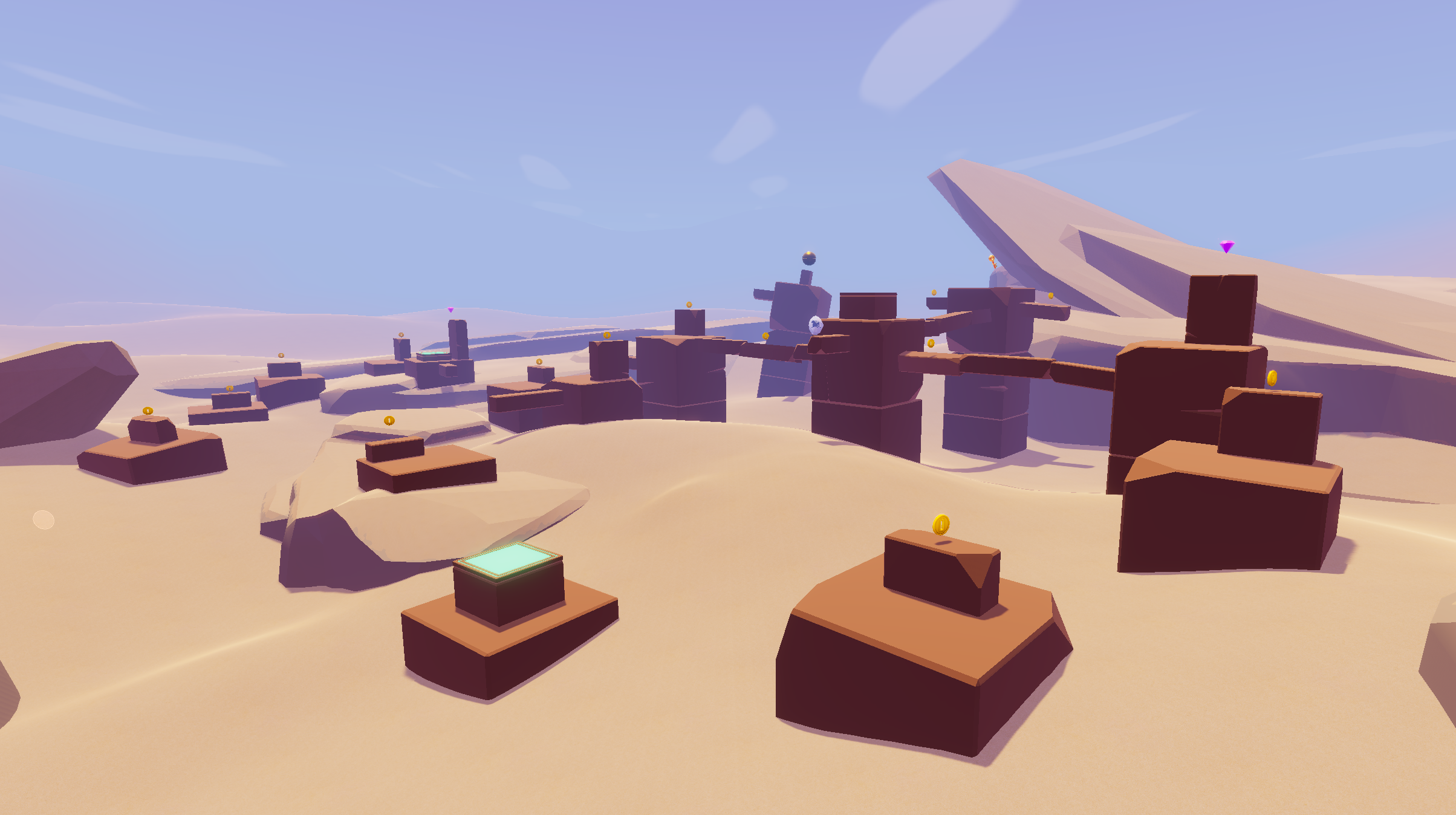 An ancient graveyard on the surface of a distant moon. 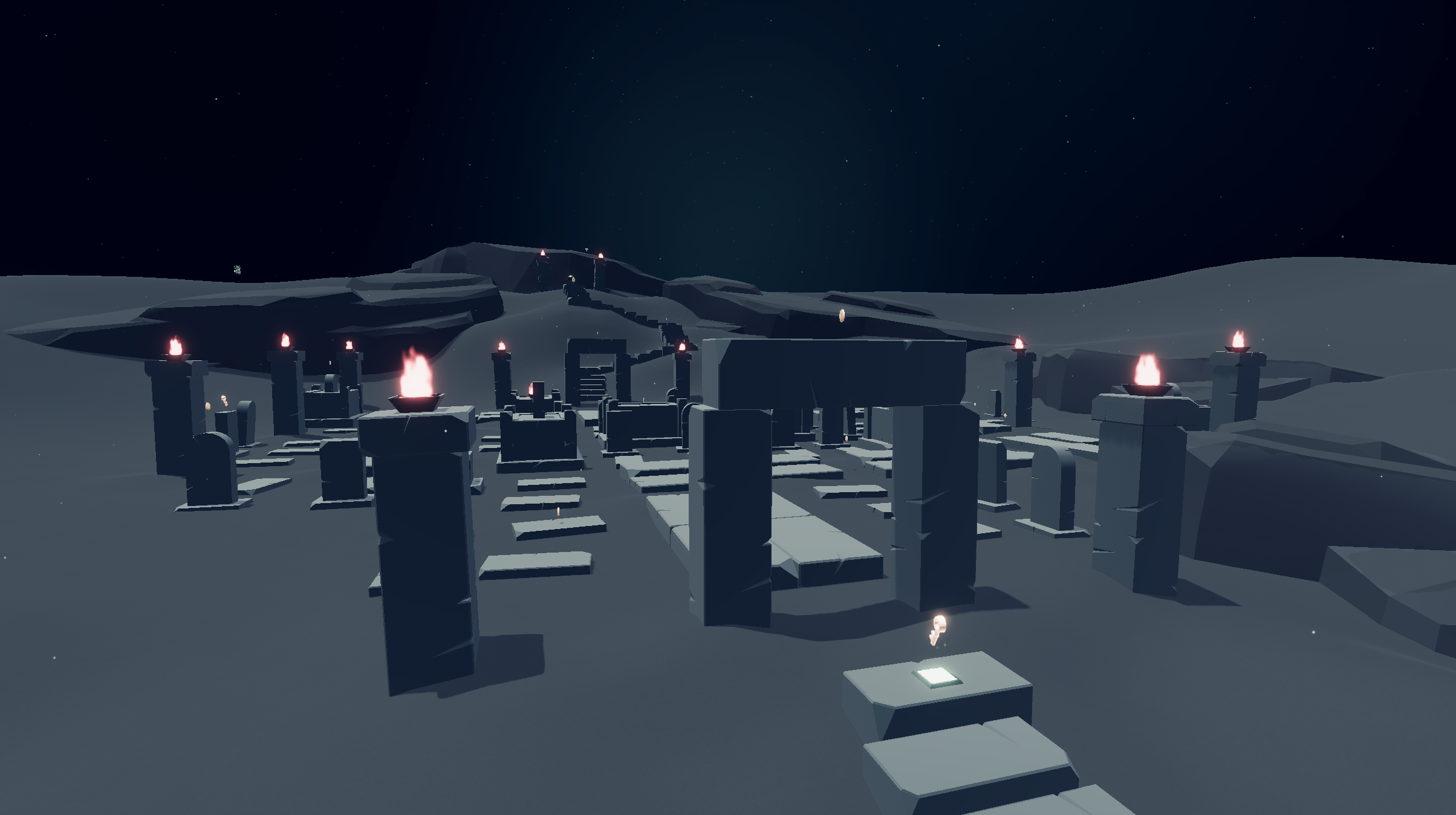 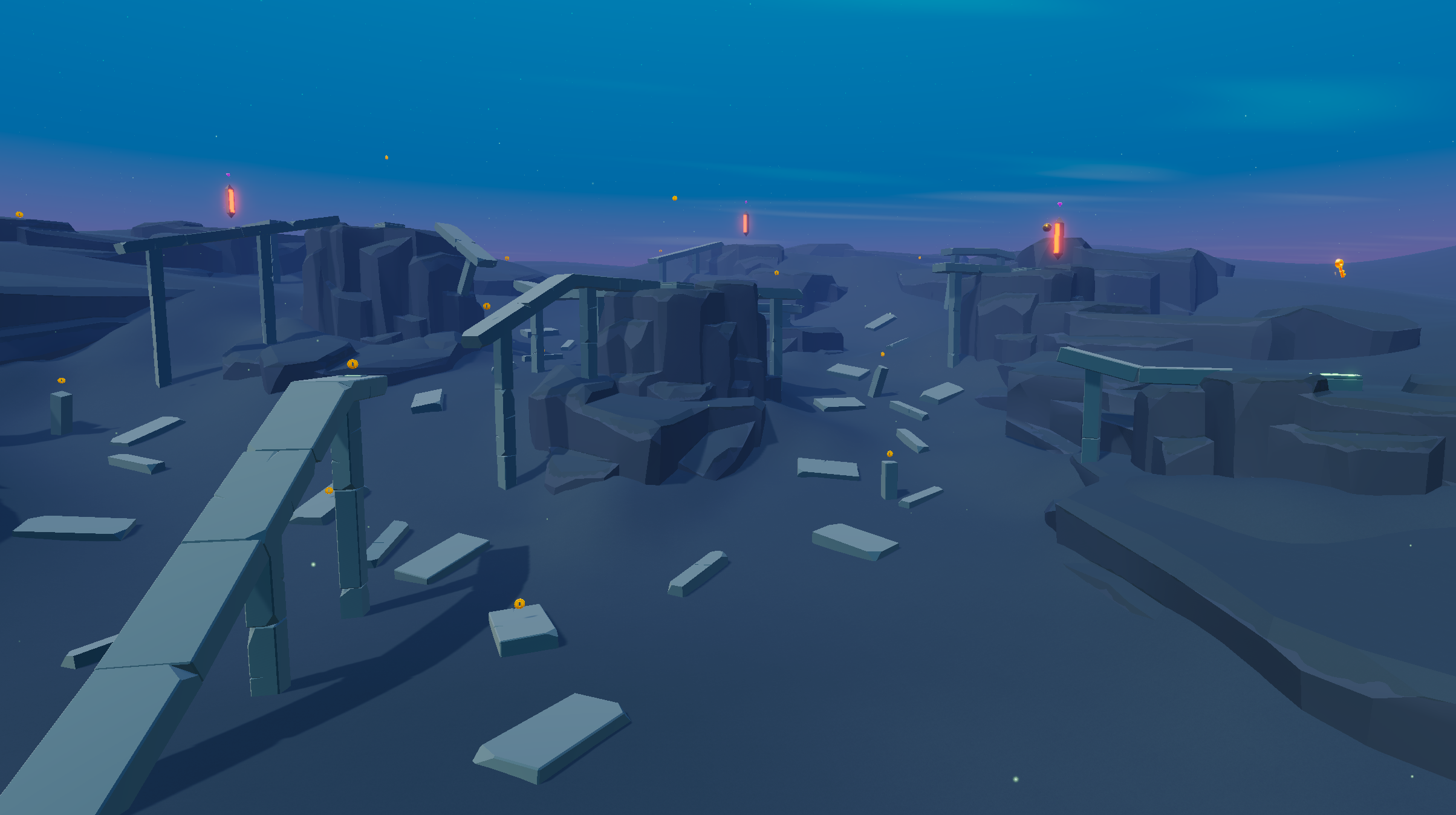 The sun is setting over this ancient ritual site.

xSkyDestroyerx shared this gameplay video of the level Phidippus:

NaughtyNelly shared Part 3 of his playthrough of the Glyph Open Alpha demo:

We appreciate these videos a lot. It is heartwarming to watch players have fun with Glyph.

We really appreciate all of the feedback we have received! We are keeping track of all of it, and look forward to receive more. We hope you enjoy our open alpha for Glyph. If you have any suggestions, feedback, or ideas, you are most welcome to share them with us. All ideas are welcome!

Thank you for reading our weekly devlog! We hope you enjoyed it, and that you are enjoying Glyph.
If you liked this devlog, giving it a like and/or sharing it will help us a lot!

If you have any comments, make sure to leave them here in the comments section.

See you next week!